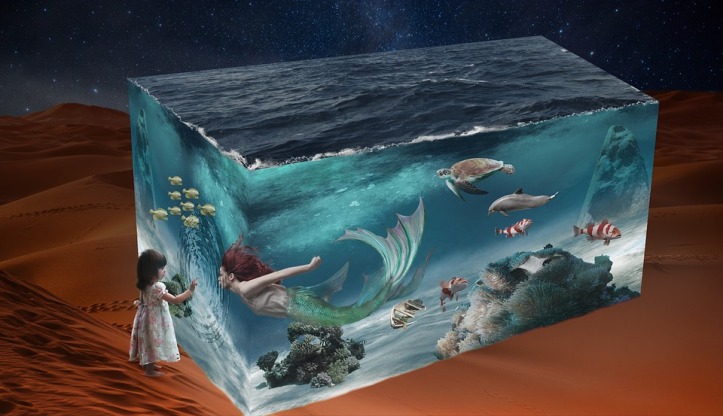 The 3D Holographic Technology Is Already a Reality

We can often see the three-dimensional holographic communication technology in science fiction movies, using the principle of three-dimensional computer graphics, and the distant person or thing can been projected in the air in the form of three-dimensional. With the development of science, all the equipment are miniaturization and precision, while the display device cannot match, and people have a demand for a new display technology to solve the problem. The 3D holographic projection is precisely as this role.

Responsive tech and wacky self-moulding objects, for example smart, adaptive ‘intelligent furniture’ that can change its shape by moving according to the proximity of a person and predicting their next action, such as sitting down.

For example, in the future you could reach over to your responsive table to put down your  3D iPad ( or probably something even more mind blowing than that ) and the unit will adapt its shape to create a convenient holder. And your furniture could adapt to create a board game for you.

Virtual reality is something brands and technophiles have been obsessed with for some time, technology is making it even more realistic and that the tech is “seriously about to level-up”.

VR has become so realistic, in fact, that gamers may in future increasingly find themselves experiencing ‘uncanny valley’ – which is shorthand for being freaked out by virtual reality that is so realistic that it looks and feels like the experience of real life, but isn’t quite right.

As an example the laser technology and holograms that can already mimic physical objects to such a highly detailed degree so the human brain can’t comprehend the difference.

Scientists are designing holograms that are made using ‘3D pixels’ – i.e. tiny particles in the air to project images rather than traditional vapour or smoke.

Artificial intelligence as the next phase of human evolution

AI could dramatically enhance human life as it evolves and will impact technology in ways we can’t comprehend yet. Illinois University developed a robot that had the IQ of a four year old child. A development that is “pretty scary” and perhaps indicative of the human evolution path to come.

AI can also enhance accuracy in surgery, he said, by separating cancerous cells from healthy cells and pinpointing where treatment is needed. A supercomputer has already been developed that can tell with 96% accuracy whether a patient is likely to die by reading data including blood pressure to oxygen levels.

Liquid data that can transform the human body.

Scientists have been able to transfer data, including genetic information, onto human cells and DNA, which could pave the way for future treatments. The data can be synthesised into liquid form, with 490bn gigabytes of data on a single gram.

The current predictions state that by 2020 all the data used in the world will amount to 40 trillion gigabytes. This could be stored on just 82 grams of DNA – the size of an egg.

Thank you for viewing!